Log-in
Br
Es
Multichannel support
Messengers, social networks, and mail - all the channels you need in one interface
Multitasking chat
Multitasking online chat with messengers on the site
Automation of work with requests
Сократите время ответа и сведите к минимуму рутинные операции
Reports
Track the quality of work for each agent, department, or company as a whole
Integrations
Make Usedesk compatible with the systems you use to improve your customer service
Knowledge Base
Save and accumulate instructions and knowledge with Usedesk
SDK for iOS & Android
Clients will get your support without leaving the app
Usedesk on your
smartphone
All support features at your fingertips
Product Tour
See how you can use Usedesk to improve your interaction with your customers.
Enterprise clients
Small business
Request a Demo
Send us a request for an online demonstration at the time that's convenient for you. We will give you an overview and answer any questions you may have about the system.
By clicking the button, you agree that you have read our Privacy Policy

Three surefire ways to spoil the relationship between support and development

At the initial stage of our support, we did not analyze the mistakes that are not obvious to beginners: negative feedback from customers, compensated for their losses, once almost lost a client at all. We know from experience that there are many ways to spoil a support relationship, but there are three keywords that can negate all your attempts to establish quality customer service. This rake is stepped on by almost all companies that work closely together. 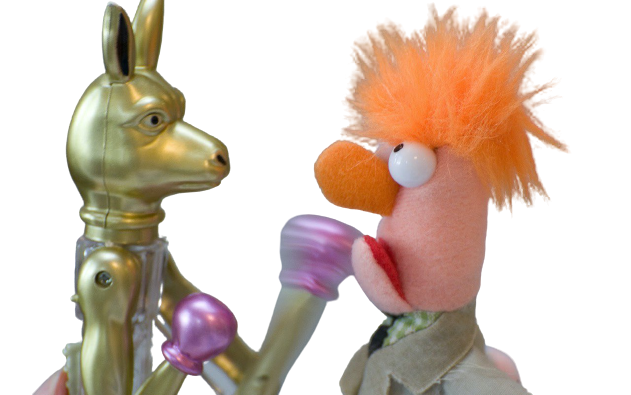 It often happens that a client reports a problem, and then it turns out that there is no problem at all, or it lies in a completely different place. If you immediately send such a request to support, you will go through all the circles of hell and return to your starting position instead of solving the client's problem with little blood. To not waste time and save your and your client's nerves, find out the essence of the problem on the shore. To do this, walk through the steps with the client and identify the problem.
Send customer requests to development immediately
Client: Good afternoon! I cannot open your application

Support: Hello! Accepted. I give it to development. As soon as they clarify something, I'll call you back.
Support: Cap, we have a problem. The client cannot open our application. What could it be?

Bad
Development: Finally got to your question. I just opened the app. Everything is working. I don't know what the client does not open there. 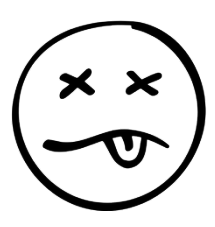 Support: Hello! Let's try to open it together with you. What is your first action?

Client: Well, I go to the site, and I cannot enter the program.

Support: Yeah. Do I understand correctly that you want to log into the system through the browser on the computer and not the phone application?

Support: Got you. Checking. Everything works. Let's try again together. Enter password. Perhaps you entered the wrong one by mistake?

Client: The password is correct; I have everything written down. Here it is, the password ... .. Aaaaaa. Stop. I have the capslock on. Everything works now. Thank you! Excuse me. 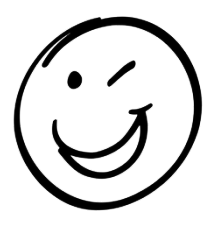 Katerina Vinokhodova,
Usedesk co-founder
If you send a task for development in the form of a couple of phrases, the developers will have to find out all the details on their own and pull the support every time. So you get a conflict from scratch, and support and development will waste time and nerve cells. To prevent this from happening, give the support an algorithm of actions and draw up a standard application form for operators.
Formulate tasks for development in free-form
Here are three points that must be included in the problem statement to avoid conflicts:
1. Mass character of the problem. One of the biggest mistakes of a support employee is to send a task to development without understanding how massive it is. It depends on where to look for the cause of the problem. For example, a client complains that hieroglyphs come to the chat instead of the Cyrillic alphabet. If this is an isolated case, most likely, there is a problem in the browser or the encoding simply flew off - this problem can be quickly solved on the client-side. If the client's partners who use your service also see hieroglyphs in their chats, then the problem is on the service's side - it needs to be given to development.

And the massive nature of the problem immediately increases the level of its criticality - more on that later.
2. The criticality of the problem. If you submit a task for development without determining its criticality at the start, developers will not immediately understand what order to take tasks into work. One problem can wait a week, but you need to drop everything and urgently run to help for the sake of another. It does not happen that the developers immediately take on non-urgent tasks while the burning ones are gathering dust on the shelf, instantly finding out the criticality of the task and only then giving it to development. 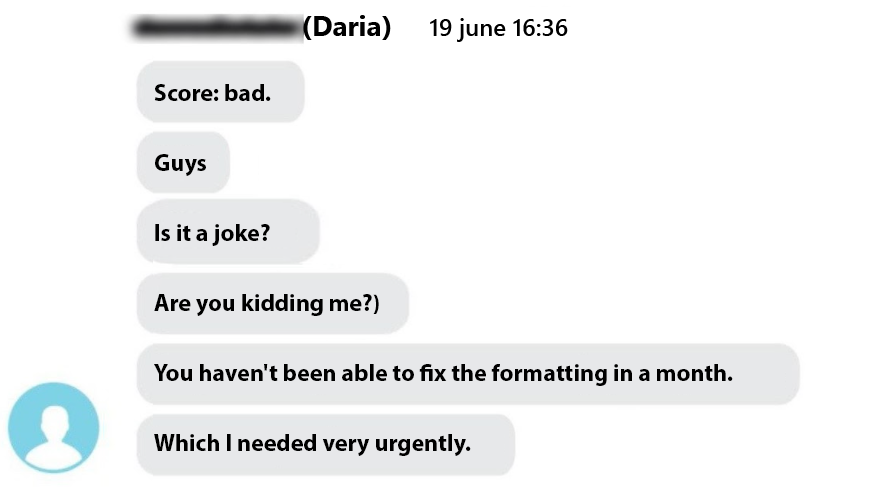 An outraged client complained about the support, and we started to figure it out 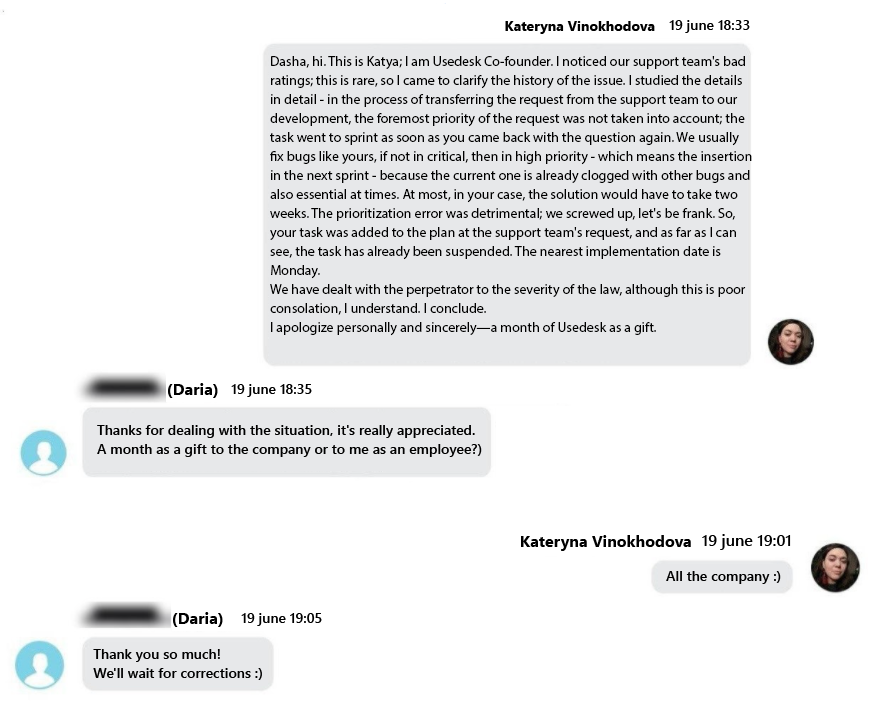 It turned out that the operator, instead of a high level of criticality, set the average, and the task was pushed to higher priority. I had to urgently sort out the situation - to apologize to the client and offer compensation

2 Affects work, but not critical

3 Critically affects work, but you can endure a couple of days

4 Stops the user completely
Examples of

✓ The calendar looks ugly
✓ It is inconvenient to select a period in the calendar
✓ When saving settings, an error occasionally pops up, although the settings are saved
✓ For ten cases of using the template, the layout flies once
✓ Reports section does not work
✓ The system does not open
✓ The system does not receive letters
✓ The automation rule does not work
Sales and support
How support and sales interact in the company, what difficulties arise and how to solve them
3. Describe the problem using a template. Without a template, the operator will write an essay on a free subject, and the development will solve this puzzle and swear a lot. But suppose you give the operator a template. In that case, all he has to do is to fill in all the items: specify the company ID, note the severity of the problem, determine the level of criticality, describe all the customer steps after which the error occurs, specify the URL of the problem, add screenshots. And the developer can quickly run through the familiar structure, understand the situation and decide what to do and when to do it.

For example, identifying the customer will prompt the developers to prioritize the task based on the customer's importance to the company. And specifying the part of the system where the problem occurred will help quickly assign a performer and find the weak points in the system that need to be reworked.

You can use our template or create your one on its basis → download the template for setting tasks for developers (.pdf).
Bad 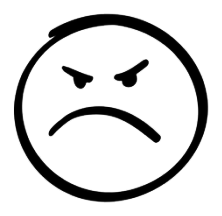 Good
Support: Cap, we have a problem. The client's app doesn't work. I have sent you the information.

I see that we can quickly fix it. Yes, I see the error; I got it. Let's get to work right away.


Support: Great! He is waiting. 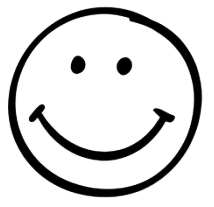 Support: Cap, we have a problem. The app does not work for the client. I sent you some info.

Development: Yeah, I ran it diagonally; in two hours, I can take a closer look.

Support: But this is Ivan Ivanovich; I wrote you a postscript at the end of the document. He called and swore himself. If we don't do it right away, there will be a brain rupture.

Support: In the fourth paragraph, the fifth sentence.

Development: Yeah, I found it. Is there an error URL?

Support: $ # * @% !!!
If you throw tasks around haphazardly, you'll quickly lose control over them, and dissatisfied customers will run to your competitors and start writing angry reviews and ruining your karma. To keep all tasks under control, generate requests in an automated system that allows you to set deadlines for each task and keep track of its completion. We work in the Jira service, but you can use any other.

To make this system work, you need:

2. Set deadlines for different tasks. The developer will gradually take on tasks depending on the level of their criticality. For example, tasks with the fourth level of criticality are taken to work immediately, with the third - in the next week, with the second - in a week, with the first - in two weeks. In this way, developers will get an even workload, and helpdesk operators will know exactly when all their tasks are due and will be able to warn clients immediately when there is movement on their issue.
Send tasks to the common chat, PM, or e-mail of developers 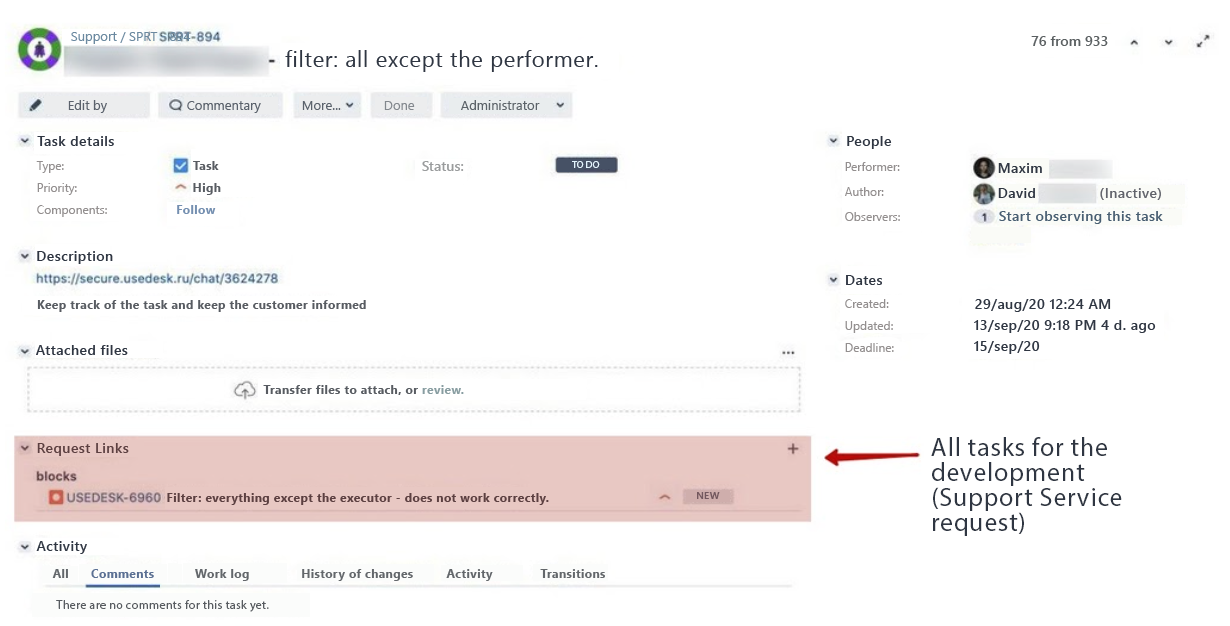 To make it easier for the support to navigate the tasks, we linked the support requests in Jira to the tasks that the development performs. So the operator can at any time go into his tasks and see the development tasks associated with it: at what stage they are and what is with the deadlines
3. Set control points. Depending on the complexity of the tasks and a bunch of other factors, the dates may shift. So that this does not surprise operators who are waiting for the solution of their tasks, you need to set deadlines for reconciliation. For example, support staff contact the administrator every Tuesday and specify the deadlines for their tasks. This way, they will know what is happening with their tasks and communicate the changes to clients in time.
4. Establish feedback development → support. It happens that a developer in the process of solving a problem has additional questions about the support. Without an answer, he cannot continue to work. We had a case when developers wrote questions to tasks in Jira. Comments were sent to the support staff in the corporate mail, but they did not read them. As a result, we got a lot of tasks stuck. When it turned out, we set up the system so that messages with references to operators came to them in the form of tickets in Usedesk, as from customers, and the problem was solved. To prevent hanging due to communication problems, provide the development with the opportunity to receive feedback from the support.
5. Create a separate chat for critical tasks. We have a particular chat for especially essential tasks, where operators also drop them as soon as they set a task in Jira. And sometimes it happens that the problem is exact, the solution is too, but it takes time to formulate a problem according to a template. Then the operator describes the task in the chat, and the developers immediately start looking at it, after which it is formulated in Jira. Development primarily takes tasks from the chat into work.
Bad

Good
Support: I set a task, it is on, so I duplicate it in the chat.

Administrator: Got it. Look…. I see the task is on fire. Ivan now has a window. I give the task to him and set the deadline the day after tomorrow.

Support: Cap, I threw you a problem yesterday. What with her? When can you watch it?
Developer: I was going yesterday, but I was completely lost. Everything is on fire today. Tomorrow I'll see for sure. ….

Support: Well, how is my task? I'd like to be quick; otherwise, the client called again. What should I tell him? 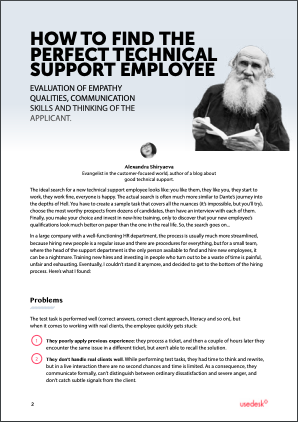 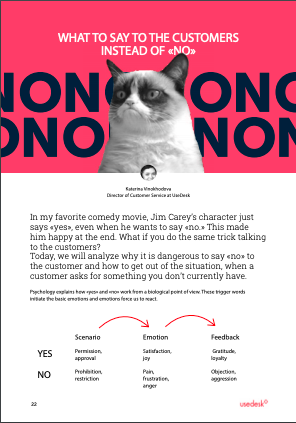 ©2022 UseDesk&bots OÜ
For questions to the founders: